And while we’re on the subject of comedy, here are a couple of upcoming shows that local comedy fans don’t want to miss. The “Pitbull of Comedy” himself, Bobby Slayton, will deck the halls of the Wiggle Room, 3874 St. Laurent Boulevard, with his brand of edgy humour as we celebrate “A Nasty Noel with Bobby Slayton” on December 5 and 7 at 8 p.m. Slayton, a fixture at the Just For Laughs festival as host of the mega-successful Nasty Show, returns to Montreal after his gig to host the Wiggle Room’s grand opening last August was cancelled due to some plumbing problems the venue was experiencing. But fans shouldn’t worry this time, as Slayton has his claws sharpened and is ready to offer two nights of raw comedy that has filled Club Soda every summer. Tickets for “A Nasty Noel with Bobby Slayton” are $25 in advance, or $30 at the door. To purchase tickets (which will sell out very quickly), call 514-508-9465 or go to www.ticketzone.com.

If you attended a Just For Laughs gala back in 1987, you may remember Scottish comedian Craig Ferguson making his festival debut in the guise of the disheveled, screaming Scot named “Bing Hitler”. Now, more than 25 years later, Ferguson has become a major star, thanks to his role as Mr. Witt on “The Drew Carey Show” and as host of his late night CBS talk show “The Late Late Show”. On January 25, 2014, at 7 p.m., Ferguson will be making a stop at Theatre Maisonneuve of Place des Arts on the Montreal leg of his “Hot and Grumpy” Tour across Canada, which is presented by Just For Laughs. Although the Bing Hitler guise is gone, Ferguson will be offering his audiences his hot and grumpy take on topics and issues that are always plaguing his mind. Tickets are $45.50 and $55.50, and are on sale now. To get your tickets, call 514-842-2112 or online at www.placedesarts.com.

If you’re a fan of soccer, but can’t wait for the Impact to start their third MLS season or the excitement of the 2014 World Cup in Brazil, then check out Pitch: The Art of the Game, a new festival that celebrates the sport of soccer through the arts (film, art, music and culture). The three-day festival will run from December 5 to 7 at the Virgin Mobile Corona Theatre on Notre Dame Street West.

The Pitch Festival will bring together the growing base of soccer fans and supporters, as they experience how the sport is portrayed through other media. There will be a schedule of films (some of them being screened in North America for the first time) that deal with such soccer-related topics as female players, soccer rebels, the sport’s sub-culture and even how the legendary Bob Marley became one of soccer’s biggest fans. There will also be exhibitions of paintings related to the sport by such as artists as Ruben Ramonds, Stikki Peaches and Jeremy Patterson, in which some of the canvasses will be available for purchase.

So if you want to find out why soccer is one of the largest spectator sports in the world, discover the inaugural edition of Pitch: The Art of the Game. Tickets are $15 and are available at the Bell Centre box office, or by calling 1-855-2525. For more information about the festival’s programming, go to www.pitchfest.ca.

Here are a couple of notes from the local theatre scene. If you want something purely Shakespeare, then check out the Segal Centre’s production of one of his greatest tragedies “Othello”, which continues until December 1. The story of the heralded Moor who is a victim of power, passion and psychological manipulation as he triumphs by conquering Cyprus from the Turks during the late 16th century. The cast is excellent, especially Andrew Moodie in the title role; he doesn’t approach it like a classical Shakespearian tragedian a la Laurence Olivier, but gives such a naturalistic performance that it gives the play a rather contemporary sound to it. And the stage décor, plain and bare as it may be, somehow manages to capture the exoticness of 16th century Cyprus. For tickets, call 514-739-7944.

Tonight (Nov. 30) is your last chance to catch the energetic comedy “None of the Above” at the Mainline Theatre, located at 3997 St. Laurent Boulevard. Presented by Kaleidoscope Theatre Montreal, the play is a fast-paced battle of wits between Jamie, a New York-based spoiled rich kid (played to energetic perfection by Lily Maclean) and her SAT tutor Clark (Scott Humphrey). As the goal is to have Jamie take her SAT test and pass it, she finds out that Clark signed an agreement about a special incentive for him if she passes the test with a perfect score of 2400. And the more sessions they have, the more they find out about each other’s backgrounds between the math problems and vocabulary quizzes. A refreshing, energetic  comedy that never lets up, which is effectively represented by the repartee between Jamie and Clark, as they learn more than just academics to pass a test. This play gets a passing grade.

If you have an event that you want publicized in the Grapevine, please send the information to my attention at bookbanter@hotmail.com

We have seen an increase in wild animals in and around the Island of Montreal during the pandemic. There have been more and more sightings reported of coyotes, skunks and foxes. Just this past November a flock of wild turkeys took a romp through the Plateau-Mont-Royal area. Even raccoons and squirrels have become bolder in

A brief history of counselling therapy

The history of counselling therapy can be traced back to Ancient Greece when the Greeks first identified mental illness as a medical condition and not spiritual. Human beings have always found comfort in sharing their troubles with others. Many people have differing theories for the origin of counselling therapy. Below is a brief history of

Legislation – The control on online casinos

Gambling laws and control on online casinos is a very complex subject that is different in every country. You may find some countries that embrace the gambling world, whereas others do anything to completely ban it. Moreover, you can come across different jurisdictions that take on different approaches to online casinos. The US is one

La Poutine week 2021 is From February 1st until February 7th and delivered by SkiptheDishes to help empower the Canadian restaurant industry, restaurateurs, servers, and foodies – all in celebration of poutine. This year, La Poutine Week is serving YOU – allowing poutine lovers to discover new venues and savour unique poutines, while providing the 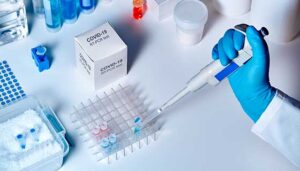 COVID-19 testing and screening in Canada

Since the outset of the COVID-19 pandemic, the Government of Canada has used the latest science and evidence to inform our response. By collaborating with scientists and experts, we are ensuring the provinces and territories have the tools they need to make informed testing and screening decisions. As part of that effort, today, the COVID-19