Deprecated: stristr(): Non-string needles will be interpreted as strings in the future. Use an explicit chr() call to preserve the current behavior in /home/quickydc/mtltimes.ca/wp-content/plugins/a2-w3-total-cache/lib/W3/PgCache.php on line 1054
 What to do for Christmas in Montreal - Mtltimes.ca
Skip to content

What to do for Christmas in Montreal

Christmas in Montreal can be enchanting. Despite the cold, for which you will need a hat, gloves and boots, there are plenty of outdoor events, with festivals honouring the snow, light and holidays. There are outdoor sports to try, with Montreal offering an amazing backdrop for your holiday snaps and for days that you want to be inside, Canada offers many cultural activities.

Christmas begins in Montreal with the Santa Claus Parade, which has been running every November since 1925. On 23 November 2019, you can join thousands of children waiting to see Santa Claus on one of up to a score of floats travelling along Boulevard Rene-Levesque between Rue du Fort and Rue Saint-Urbain.

Shop for unique and unusual gifts

If you want something unique for a Christmas gift, you can get some inspiration from some of Montreal’s top Christmas shopping pop-up events. There is an Etsy Makers’ Market in the middle of December that features over 100 crafters and artists from Montreal. Here you can find the perfect present for those for whom you are unsure what to do on Christmas gift exchanges. The market is held at the TheÃ¢tre Denise Pelletier in the Hochelaga-Maisonneuve neighbourhood, in the east end of the city.

Christmas mass at the magnificent Notre Dame Basilica in Old Montreal is full of drama, with choir and organ music included. There is a family mass at 19:30, another at 21:30 and then midnight mass. Reservations are required with tickets available in September direct from the Basilica. Tickets must be collected in person. For 2019, tickets are USD10 for adults and USD5 for those aged 17 and under.

Aura at the Notre Dame Basilica

The Basilica was built in 1656 and is known for its intricately designed interior, including stained glass chronicling the history of the city. There are daily tours where you can truly appreciate the wonderful stained-glass windows. Aura, a light and loud music show with strobe effects, highlight other parts of the church in unusual and stunning ways.

Saint-Joseph’s Oratory, Canada’s largest church, is located at the highest point in Montreal. The Oratory is open year-round, including on Christmas and New Year’s Day, and admission is free, though there is a modest fee to visit the museum.

From 28 November 2019 to 26 January 2020, Luminotherapie delights with another novel interactive light installation where you can become a light artist, creating your own show as you play your way through the 120 giant dominos distributed across multiple stationsat the Quartier des Spectacles. Manipulate the dominoes to create unique musical work with a choice of vocals, percussion, marimba, balafon or flute.

At the beginning of December, more than 10,000 people participate in La Marche de NoÃ«l aux flambeaux with its musical fireworks, fantastical larger than life characters and several choirs singing Christmas carols. The event starts with music at Companion Park before a musical firework display and walk. The public is invited to return to Companions’ Park, to enjoy a free concert.

Montrealâ€™s free NYE Party at the Old Port is where you want to be to see in the new year. There will be a choice of eateries and activities for both children and adults. Music from some of Quebecâ€™s most famous artists starts from 22:00 so that you can dance out of the old year and into the new, accompanied by giant fireworks. Montrealâ€™s metro system will be running all night to get you back to your place of residence safe and sound.

Facebook
Twitter
LinkedIn
Email
Is it possible to get an A for a 5-paragraph essay assignment in 1 hour? We can safely say yes, a student can get an A+ mark if he turns to EduJungles

What are the most popular real money casino games in Canada?

Canada’s online gambling industry is expected to generate more than $4 billion this year. Canada has long been one of the world’s top regulated markets for online gaming. While the country has a lower nationwide gaming revenue share than the U.S., Canada still offers a complex, competitive, and well-regulated market for casinos looking to expand

After Kevin O’Leary acquisition for $38.5M, Coinberry split into 2

WonderFi, a crypto ecosystem backed by Kevin O’Leary, plans to acquire Toronto-based crypto exchange Coinberry. The acquisition is valued to be around $38.5 million and it’s only for 30% of the company’s activity, meaning just the exchange. Legally, the company will be split into 2 – Coinberry Canada and Coinberry. The latter will be merged

Planning a new business venture? Here’s how to research the idea further

Do you have an idea for a business? Are you wondering if it’s worth pursuing further? If so, you’re in the right place! In this blog post, we will discuss how to research your business idea further and determine whether or not it is worth moving forward with. We’ll cover everything from market research to

It’s finally the time of year when Montreal weather is perfect for going outside and enjoying all sorts of fun outdoor activities. Montreal offers the ideal mix of sun, rain, and cool temperatures so that there’s something to enjoy outdoors all year round. Here are some great ideas to start making the most of this

Poker options – Imagine a poker game, and you probably picture a scene from the Cincinnati Kid or Casino Royale. Or perhaps you think of the likes of Phil Ivey and Daniel Negreanu playing for thousands in the World Series of Poker. Either way, it’s easy to see why people tend to see poker as 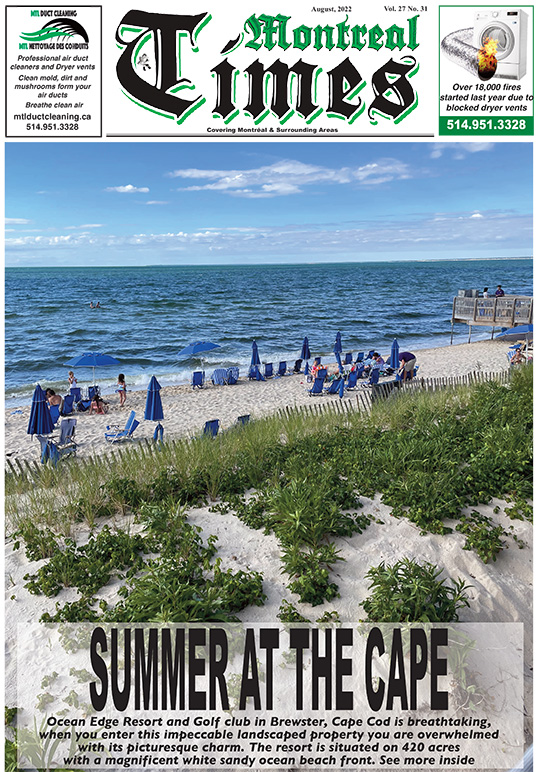